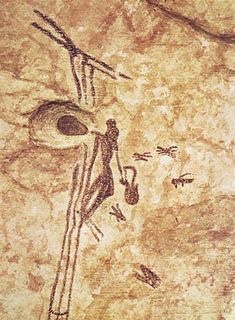 Environmenstrual week is an annual festival, organised by the Women’s environmental network (WEN), to campaign for and raise awareness of the effect period products are having on our planet. It’s also a time when they attempt to break the taboo around periods by teaching period health and campaign for healthy, eco-friendly period products for all. Thus environmental justice becomes social justice. Environmenstrual week 2020 will run between 19th October to 25th October.

Period products have become almost commercialised commodities, many made of 90% plastic. This plastic, as many people will know, then becomes a source of pollution, primarily in what I think of as ‘the womb’ of the Earth (that is, our oceans from where all life originated) and along our beaches. Please don’t flush pads down the toilet! To find out about guilt free period products visit the WEN environmenstrual resources hub. Guilt free periods aren’t just about mooncups – there’s organic menstrual pads and even a tampon applicator!

In Neolithic cave paintings the maiden was actually painted in black, the colour symbolising fertile earth and nourishment. In reality teenagers are often prudish about their sexuality, as I was myself at that age. Physically, periods are often tumultuous and troublesome, mirroring teenagers social and emotional lives. Therefore it is with relief and gratitude that I meet the news that period products are to be made freely available in state schools in the United Kingdom from January 2021 and health education – including menstrual wellbeing – is to be made a mandatory part of state school education from September 2020. This will hopefully enlighten and empower young people of both genders across the country, regarding their sexuality.

In Neolithic cave paintings the mother aspect of the triple goddess was painted in red. I like to think of the metaphorical ‘scarlet woman’ when I contemplate the mother – a sultry, independent woman in the height of her sexuality. In reality, however, many mothers feel overlooked and ‘left on the shelf’. Their role as mothers not truly valued, attempting to balance work and family.

From archeological excavations of ancient sites particularly Catalhöyük, statues of mother goddesses have also been found with protruding bosoms and bellies. This is another aspect of the mother which has become devalued. Many modern women lament the loss of their ‘figure’ in the light of the ‘size zero’ fashion world we’re surrounded by. However such a figure, it seems, was actually once revered, symbolising the flow of matter (or fat) upon which all life depends. So be proud of your podge!

Apart from the hellish physical and emotional symptoms brought on by the physical changes caused by the menopause (symptoms which can last for years), many women also feel a genuine sense of depletion, redundancy and rejection by society. Our society genuinely is guilty of ageism. Both older men and women are neither treated, nor viewed with the respect and care they deserve. However the crone still has much to offer society, particularly experience and wisdom, and this phase should be treated with as much respect as any other.