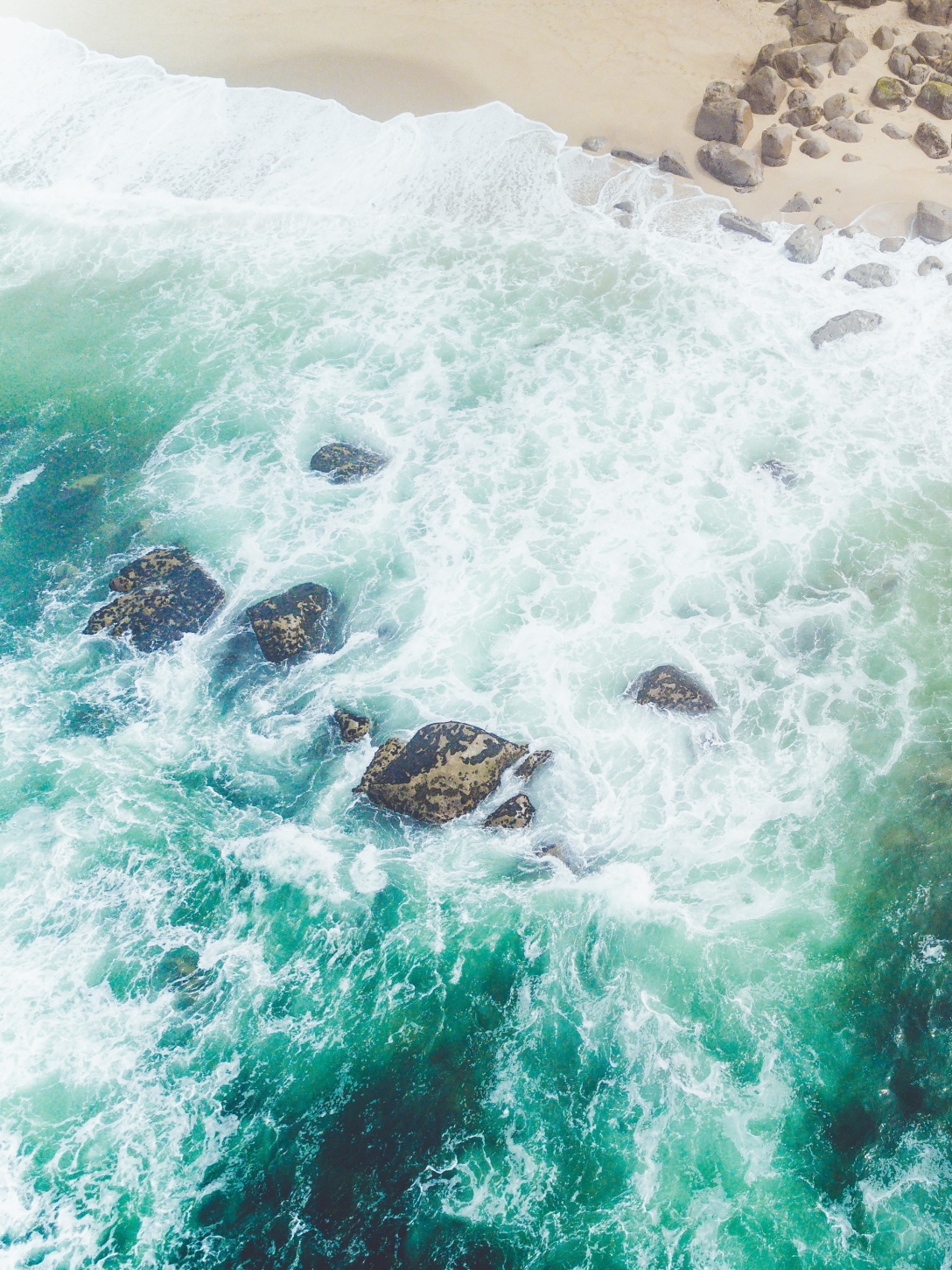 Three siblings exist, made of stardust. The first sibling, known as Mars, is a cold character, barren and thin. The second, Venus, is bright, hotheaded and votile, emanating an oppressive presence that all would find too difficult to handle. Yet the third, Gaia, was of an equalable disposition, neither too hot, nor too cold.

To describe Gaia more generally, she is a tough, dynamic character in constant motion. She has a large womb, deep and salty. From this womb spring tributaries of fresher water, running through her veins and arteries. Her bones are hard rock, her tufts of hair forests and grasslands, her head and feet encased in ice. From a young age, she gave birth to her children, who were conceived within the safety of her womb. They then spread across her veins, over her bones and hair, venturing to the ice caps until her being teemed with life. Over time her children altered her, as any children do their mother.

Gaia (also known as Ge) was the Earth mother Goddess in Greek mythology, the personification of planet Earth. In common with Earth mother goddesses the world over, she was considered the creator of life and to possess nurturing qualities.

In the 1960s, the British scientist, James Lovelock, came up with the scientific theory of Gaia. This theory suggests that the whole of the Earth’s biosphere acts like a single, living organism. The life on the Earth’s surface acts as part of its self regulating system, keeping stable amounts of generally unstable gasses such as oxygen, in the atmosphere. Life, as most of us know, is dependent upon oxygen for its survival. Ironically, it’s largely due to life on Earth that the Earth’s atmosphere has such a stable amount of oxygen. By processes such as photosynthesis in plants, oxygen is continuously regenerated.

It was James Lovelock’s neighbor, a classicist, who dubbed his idea, Gaia. To this day it still attracts a degree of controversy, with some of it’s critics saying it’s more of a way of looking at a complex system than a true scientific theory. However, the idea that life on Earth influences it’s biosphere and life is interdependent on each other for it’s survival is now widely accepted. It’s the basis of the newly emerging academic area of Earth systems science which attempts to understand the main components of plant Earth and the interactions between these components.

On August 9th 2021 the IPCC (intergovernmental panel on climate change) published it’s sixth assessment on the state of the Earth’s climate. For the first time, it stated that global warming is undeniably the result of human activities, chiefly the burning of fossil fuels. Burning fossil fuels releases unusually high amounts of carbon dioxide, a type of greenhouse gas, into the atmosphere. Two other forms of greenhouse gas were also identified as being unusually high in concentration in the atmosphere, methane and nitrous oxide. The sixth assessment also stated that there is no longer any chance of escape from human induced climate change. Many of us are already experiencing higher levels of rainfall, extreme weather events and coastal collapse due to rising sea levels.

There is still a tiny spark of light in the darkness. If we cut fossil fuels and restore nature immediately, humanity still has a chance of survival. The existence of humanity is teetering on the edge of a precipice and this is our last chance to save ourselves. We must act now. Enough talking shops. Change needs to occur at every level from individuals to communities to government and business.

I earlier described Gaia as ‘tough’. When describing the planet Earth, people often seem to use adjectives like ‘finite’ and ‘fragile’. I agree that our Mother Earth is a finite resource, not to be taken for granted, but question the word ‘fragile’? In the 4600 million years of her existence, she has undergone many extremes of temperature and violent changes to her biosphere. Indeed, as has life, which has seen five mass extinctions since it first evolved 3600 million years ago. Approximately 250 million years ago, the greatest mass extinction so far wiped out around 95% of marine life and 70% of life on land. Yet life still quickly sprang back with the arrival of the dinosaurs. However much greenhouse gases we manage to spew into Earth’s atmosphere, it’s highly unlikely we’ll ever produce enough to totally destroy Gaia. Just ourselves and Gaia as we know it. Gaia may be nurturing but she has no particular preference for humans. Humanity needs Gaia. Gaia doesn’t need humanity. Our fate is in our hands.